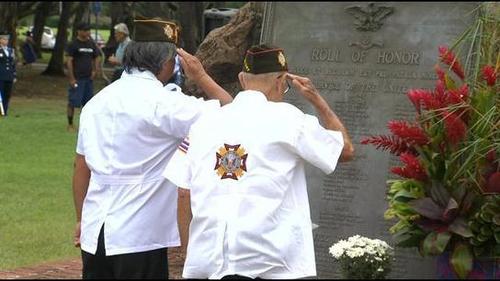 Memorial Day ceremony at Natatorium honors past, looks to future
Hawaii News Now
The Natatorium was originally built not just as a swimming pool, but as a memorial to the soldiers from Hawaii who lost their lives in World War I.

A special Memorial Day service was held at the Waikiki Natatorium for the veterans of World War I.  The natatorium was built after World War I to remember the sacrifice of those who served in "The War to end all Wars."  The future of the long-neglected structure took a positive turn last week when the salt-water pool was placed on a list of national treasures.  Aloha, Russ.