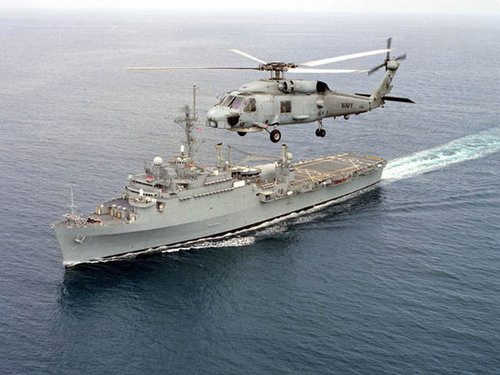 The amphibious transport vessel, the USS Denver, which has supported U.S. military missions in the Asian-Pacific Theatre for more than four decades, will be decommissioned at Pearl Harbor on 20 September 2014.  Hawaii Senator Brian Schatz says the ship will be moved from Okinawa to Hawaii for the decommissioning process.  Schatz says the breakdown project "will ensure a steady stream of work for those employed at Pearl Harbor Shipyard."  The Denver is expected to be retained for possible future use by the Navy.  Aloha, Russ.