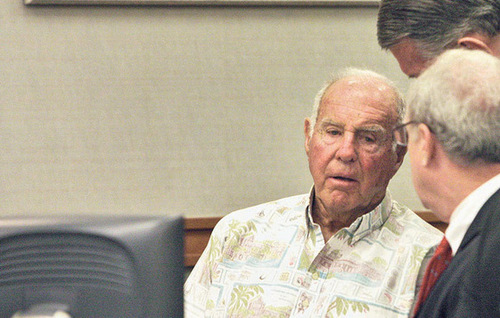 www.staradvertiser.com > News > … Ruling allows Hawaii dam break lawsuits to advance … The lesson here is that if you are going to kill people, it’s better to be rich and plugged in with the Hawaii good old boy network.

A medical ailment will delay sentencing for retired Honolulu car dealer James Pflueger, who says his poor health will prevent him from traveling from Honolulu to Kauai to receive the sentence.  Last year, Pflueger pleaded no contest for his role in the collapse of Kauai’s Ka Loko Dam.  That dam break led to the deaths of seven people in 2006.  His company, Pacific 808 Properties, pleaded no contest to seven charges of manslaughter and will pay a fine of $350,000.  That sum will be used to support a dam inspection and safety program.  Pflueger’s sentencing has been reset for April.  Aloha, Russ.