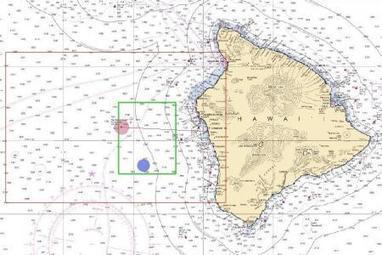 A fisherman is safe ashore after his vessel ran out of gas and he spent the night adrift off the coast of Kailua-Kona, Hawaii, Wednesday. At 6:11 p.m. Wednesday, watchstanders at the Coast Guard Sector Honolulu Command …

Thanks to Hawaii news blogger Damon Tucker for this story.  A multiagency search rescued a Hawaii Island fisherman, whose boat ran out of fuel about 40 miles west of Kailua-Kona.  Following a successful aerial search by a C-130 Hercules aircraft, the U.S. Coast Guard Cutter Kittiwake took the disable vessel in tow.  Coast Guard officials say the fishing vessel didn’t have flares, a working VHF radio, or an emergency beacon transmitter.  Aloha, Russ.