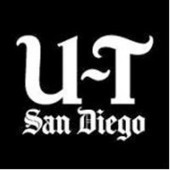 Marine debris discussed at Hawaii conference
U-T San Diego
HONOLULU — Government officials, beach cleanup activists and environmental experts have gathered in Honolulu this week to discuss how to deal with trash in the ocean.

Conferees are tying to come up with an international plan to handle the increasing amount of marine debris.  The 2011 Japanese tsunami brought the problem into focus, and, now, marine experts are hoping some kind of multinational effort can be made to clean up the debris that has fouled beaches from Japan and Alaska to Hawaii and the U.S. mainland’s west coast.  Aloha, Russ.