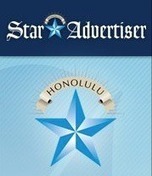 Although intelligence officials tried to convince Congress that the collection of phone records and internet usage is needed to protect Americans and does not trample on privacy rights, some civil liberties groups aren’t buying the explanation. In fact, The American Civil Liberties Union and its New York Chapter are suing the federal government, asking that the Obama administration end the program and "purge the records it has collected."  It’s a fine line between protecting  privacy and stopping a terrorist event before it happens.  Much of what we know about terrorist activities has been gained through wiretaps and other surveillance methods.  How to maintain that balance is a key issue in this debate.  Aloha, Russ.