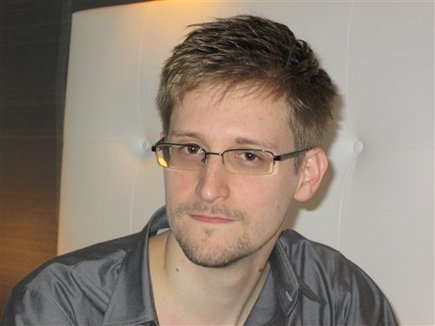 It seems you can’t trust anyone these days.  As the late cartoonist and political pundit Walt Kelly once observed, "We have met the enemy and he is us."  Of course, there will be those who believe this guy did a heroic act by revealing government intelligence activities against our fellow citizens…sort of like the Julian Assange case with "Wikileaks."  This sort of activity has been going on since the early 20th century, thanks to revelations from the internet.  Most of you know by now that the National Security Agency (NSA) was given the power to copy internet and cell phone transmission in the aftermath of 9-11.  That’s just a fact of life as we enter the second decade of the 21st century.  Nothing is private anymore…not your email, not your social media group, and not your cell phone calls. If you want to point fingers, direct your attention to Congress, who authorized access to private, personal records.  Anyone who has served in the military knows this type of government oversight has been going on for years.  It’s not what many want to hear, but it’s the cold reality of our current era.  Welcome to Orwell’s "1984", albeit with a softer glove.  Aloha, Russ.