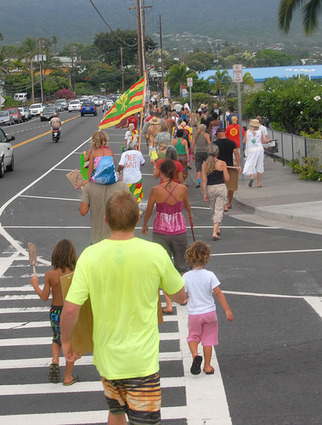 West Hawaii Today GMO:$243 million seed industry largest in state’s ag sector West Hawaii Today As a scientist with University of Hawaii at Manoa, he has spent a half century studying and breeding different varieties, finding ways to cross-breed…

A little late for the parades and protests.  This kind of work has been part of our food landscape since the late 1980s.  The "Hawaii Tribune-Herald" will run a four-part series on GMO issues, beginning this Monday, 10 June 2013. Those reports will be carried as a news sidebar in this blog.  The series promises to reveal both the good and the bad qualities of transgenic foods.  This should be a revealing read.  Aloha, Russ.