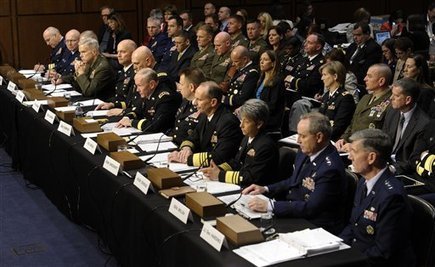 At issue is the ability of military commanders to investigate and prosecute cases of sexual abuse.  A proposed bill would remove sexual asault cases from the military justice system and have them investigated and tried by an outside agency.  Military commanders would still have authority to convene courts-martial in areas of bad conduct, espionage, treason, and other non-sexual matters.  Aloha, Russ.