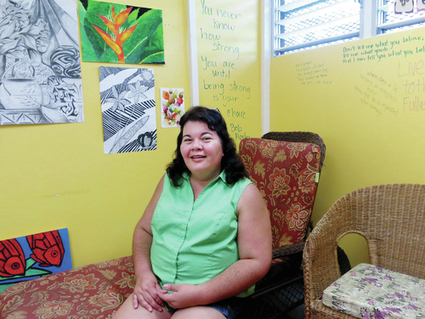 Elaine de Mello (pictured), who helped develop a program that’s increased awareness of the suicide crisis in Hawaii and lowered the rate of suicide among Hawaii’s young people, told "West Hawaii Today" that "we now have reduced that (suicides) in 2011."  De Mello says progress is being made.  The federal grant will help her reach school officials, substance abuse counselors, community leaders, and local police "to help communities cope with youth suicide."  Aloha, Russ.